September was memorable (and not in the best way). Forget about the water damage (six walls in a small condo being ripped out and replaced, including my closet), my clothes being piled on the dining room table for over a month, ruined floors and baseboards, the desert dirt (and scorpions) being inside instead of outside, the bathroom renovations and countless trips to Home Depot, Lowe’s and Ace Hardware. 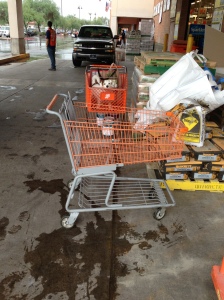 While these took their toll on Charlee, none of this mattered when she heard that her Grand Jack had tripped and fallen on a parking lot while chasing his runaway puppy. (Mind you, this did not help her opinion of the puppy at all.) Anyway, Grand Jack and my mother were vacationing in California to celebrate their 53rd wedding anniversary when Grand Jack fell. A Good Samaritan helped him stand and get back to his room, as Grand Jack was unable to walk on his own. Fortunately, three long weeks later, Grand Jack is walking and driving on his own again. Charlee spent time with him this weekend. Yes, that meant she spent time with the puppy, too. (Maybe the puppy will get away next time.) 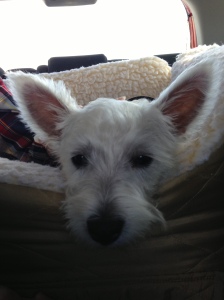